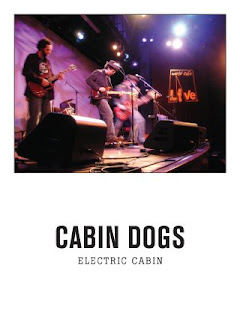 A friend of mine used to manage a a group called The Kwait Brothers Band, which were based out of the Philly area. A few years ago they changed their name to Cabin Dogs. I've seen them a bunch of times in New York City, Philly, and even in New Hope, PA. They get a lot of comparisons to The Band and deservedly so.

Their most recent album is Electric Cabin. Check it out. Here's a free download of a song called... One of These Days.

They are playing next Friday, April 25th at Puck in Doylestown, PA. They will also be performing at Burlap and Bean in Newtown Square, PA on May 30th.

Check the Cabin Dogs website for more tourdates and other goodies.