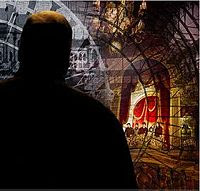 Fresh from the bottom of my sink (but still rust free), My Morning Jacket's album has finally been leaked. Due out in June, Evil Urges finally quenches the thirst for new material; MMJ hasn't released an album since 2005's Z. Some reviews have claimed that Jim James and the guys are trying to capture their live sound on an album. Albeit a good intention, I'm a bit weary of that concept, but still psyched to hear it. We'll see.

My Morning Jacket - Evil Urges
Posted by BTreotch at 4:20 PM