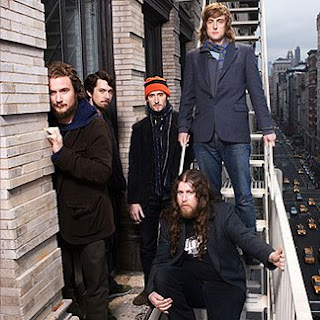 Best of Rock 2008's Best Breakthrough Band: My Morning Jacket is an article I just read in Rolling Stone. They decided to inform the brainwashed masses about the Kentucky boys, which is well deserved.

On their audacious new album, Evil Urges, My Morning Jacket veer between funk-metal grooves, Nashville crooning, classic-rock guitar heroics and more — sometimes all in the same song. The album, out June 10th, is the latest evidence that MMJ are aiming higher than almost any other band of their generation. And if their music is increasingly hard to categorize...