Weed News: Potheads in the NBA 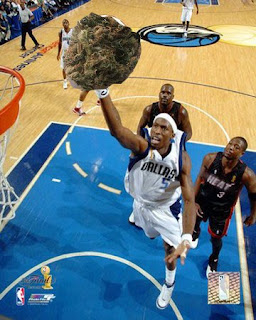 In the latest installment of Weed News, there's a marijuana scandal brewing in the NBA after Dallas Maverick player Josh Howard admitted to smoking marijuana.

"I think that everybody in the media world and in the sports world knows that NBA players do smoke marijuana," said Josh Howard.