Phish News: Page at Jazzfest and Mike at All Good 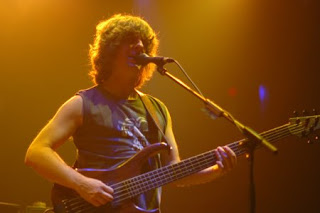 Mike Gordon will be hitting the festival circuit this summer. In addition to Rothbury and High Sierra, he recently announced that he will be performing at the All Good Music Festival on July 11-13th and the Mile High Music Festival in Denver, Colorado on Saturday, July 19th.

Also, Page McConnell will be performing at "Monsta Jam" during Jazz Fest on May 1st. He'll be playing at Sugar Mill with Russell Batiste starting at 8pm. Also schedule to play are Col. Bruce Hampton and the Quark Alliance, Outformation, Jerry Joseph, and Eric McFadden.

No word on whether or not Trey Anastasio will be playing anywhere this summer.
Posted by Pauly at 4:20 AM