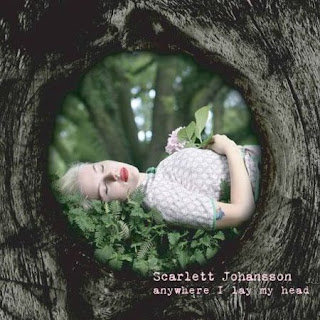 I'd like to lay my head in between Scarlet's breasts.

That's a play on words. Anyway, only the cover to her much anticipated debut album "Anywhere I Lay My Head" consisting of Tom Waits covers was released a couple of weeks ago. Nothing special or too revealing.

We'll be eagerly awaiting her CD when it arrives on May 20th.

Here's another photo of Scarlet... 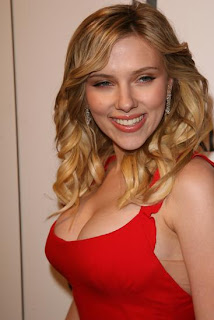 And before I go, here's Scarlet singing Brass in Pocket in a scene from Lost in Translation...

I'd love to lay my head in Scarlett's breasts as well.

I adore her in A Love Song For Bobby Long. I will write more about that later.