I Thought This Sounded Fun... 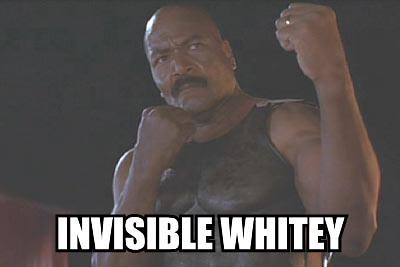 From The DCeiver, by way of Matt Yglesias:

Your instructions are as follows:

1. Take out your iPod (or Zune, I guess...really, who buys a Zune?)
2. Press shuffle songs.
3. Answer the following: a) How many songs before you come to one that would absolutely disqualify you from being President? b) What is that song?
4. Leave your answers.

Four songs in I get "Just a Lil Dude (Who Dat Ovah There)" from RZA featuring Q-Tip. First four lines:

"Bodies in the street, killing over head
Marvel at the sky, as it turn blood red
Peelin' caps back til the white meat show
This is natural, for the little Afro"

I'm guessing lines three and four could be spun into a "Let's Kill Whitey" sort of thing, right Jeremiah Wright?

If that's not enough, song 12 was Ice Cube's "Givin' Up The Nappy Dugout," which should be plenty.

it took me 5 songs, when i landed on Ween's "Waving My Dick in The Wind".

3rd song in was 'House of Cards' by Radiohead.. it's a borderline cause for presidential DQ.. these lines are gold though

30 songs in, a track from Girl Talk's Secret Diaries comes on, 'Jumping Girl,' which comes from such a fucked up album that the majority of americans would go into convulsions upon first listen..

9 songs in, The Unknown Soldier by Zee Doors.

yes. no explanation needed for that one.

Clearly I wouldn't be aggreable to the master plan of using war to further the agenda.

Heroin from the Velvets was second.