She & Him North American Tour Dates 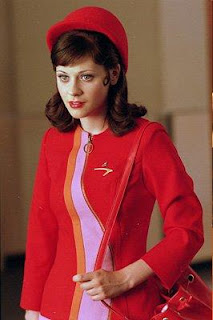 Now, for a Hollywood starlet who actually CAN sing!

Unlike her contemporary, Scarlett Johansson, who recently released her album of Tom Waits covers to scathing reviews, Zooey Deschanel has found both critical acclaim and popular enthusiasm for her musical collaboration with M. Ward. Calling themselves She & Him, they released their debut album Volume One this past March, and after playing to sold-out houses in New York and Los Angeles, have added 13 more U.S. and Canadian tour stops this summer.

Tickets go on sale May 30 via Ticketmaster.

Here's the full She & Him tour calendar:

Oh and here's a clip of She & Him performing Change Is Hard on the Late Late Show...

Email ThisBlogThis!Share to TwitterShare to FacebookShare to Pinterest
Labels: M. Ward, She and Him, Zooey Deschanel

She & Him and TREY on the same bill this summer!
www.newportfolk.com