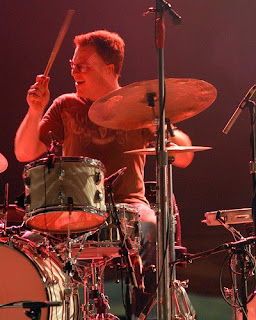 I have never backed down on my assessment that Stanton Moore is the best drummer on the planet. The drummer from Galactic recently released a new album called Emphasis (on parenthesis) on Telarc Records, which featured Will Bernard on guitar and Robert Walter on organ. Stanton is on the road supporting his new album.

The Stanton Moore Trio featuring Will Bernard and Wil Blades will be playing a bunch of dates on the West Coast and two shows in Colorado. We're catching him in L.A. on Saturday.